Must Know Differences Between THCV And THC 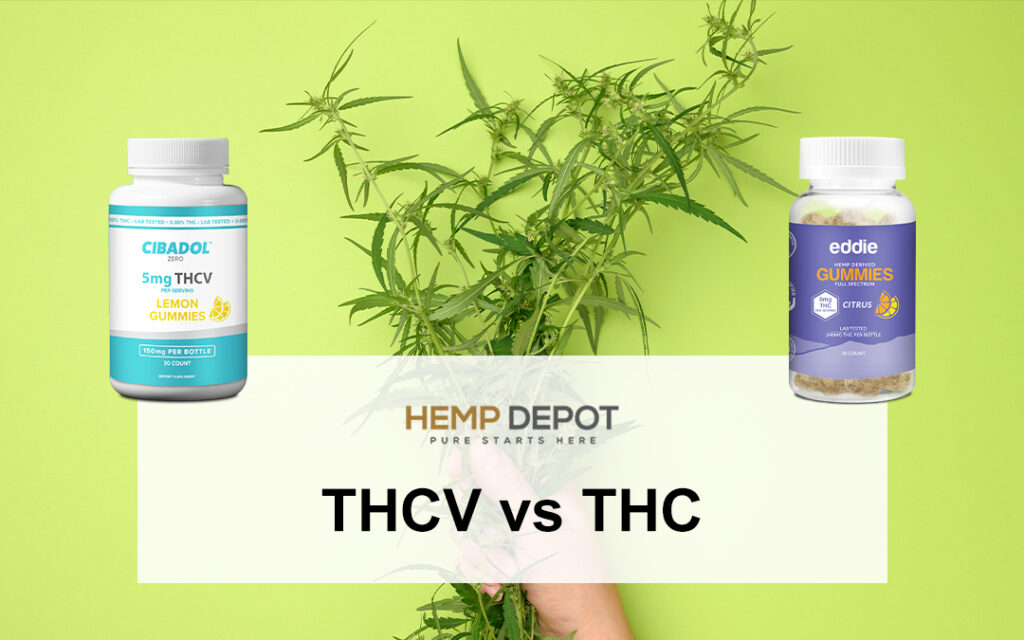 Tetrahydrocannabivarin (THCV) and Tetrahydrocannabinol (THC) are both cannabinoids that, if present in sufficiently high doses, can engage with the body’s endocannabinoid receptors to cause psychoactive effects. Though that is sort of where the similarity ends. Despite their resembling names, the two are sourced from separate parent molecules, draw different effects at varying doses, and are normally present at drastically different levels in the cannabis plant.

THCV or Tetrahydrocannabivarin comprises a normally existing cannabinoid that may provide specific benefits in comparison to its cannabinoid cousins. This cannabinoid can be organically blended from cannabis and different plant matter, and like its analogs – displays promising benefits and likely therapeutic properties.

Though they both provide many benefits, someone may wish to prefer thcv vs thc if they’re seeking something that provides greater motivating and energizing effects, versus the “spaciness” and lethargy that can accompany THC use.

Unlike many recognized cannabinoids, THCV is transformed from the parent molecule cannabigerovarinic acid (CBGVA) to the chemical forerunner tetrahydrocannabivarinic acid (THCVA) as the plant blossoms. THCV is then manufactured from THCVA in a like way to THC-decarboxylation.

THC comprises the most notable and known cannabinoid present. Sourced from the cannabis plant, this molecule is taken for medicinal and recreational purposes. THC has been discovered to be particularly useful in handling symptoms of people having chronic pain and illness. Due to its appetite-boosting effects, it can be utilized by people who may have problems eating like those with gastroenterological disorders or cancer.

Distinction Between THC vs THCV

THC and THCV, both engage with the body by employing the CB1 and CB2 receptors of the endocannabinoid system. Nonetheless, THC stimulates and boosts the CB1 receptor that raises appetite whereas THCV suppresses the CB1 receptor that also curbs the food appetite of a person. Research on THCV disclosed that a dose of approximately 5-10mg may exert an impact on a person’s appetite.

Moreover, THC is an extremely powerful compound and when consumed in its normal form, it can turn you high mentally or physically based on the potency and strain. THCV is fairly weak regarding potency compared to THC, and if someone uses little doses of THCV every day then probable to get rejuvenating health advantages from the compound without becoming too high. Even though THCV is derived from the cannabis plant, it provides more awareness and alertness than THC.

They Originate From Separate Parents

Some of the common cannabinoids (CBD, THC, etc.) stem from CBGA before synthesizing into their acidic versions (CBDA, THCA). THCV starts as CBGVA and changes into THCVA before decarboxylating into THCV.

THCV Is Difficult To Find In Great Amounts

Most cannabis strains on the market will contain significant amounts of THC, ranging from only a few percent right up into the twenties. THCV, however, is usually present in slight amounts. Numerous South African Sativa strains possess greater amounts of THCV than different strains, though the percentages will still be slight in comparison to CBD and THC.

THCV users mention it delivers them a feeling of clear raised energy and also inclines to reduce appetite. When drawn from a source apart from the cannabis plant, THCV can provide its medicinal advantages without any of the “high”.

THC and its effects are quite popular worldwide. These effects can differ based on the strain, how it’s consumed, and different variables. A few of the most general effects comprise enhanced appetite, body relaxation, and improved mood, and are usually psychoactive in nature. People incline to consume it by vaporizing it, smoking it, consuming it after it’s been cooked, and swallowing a tincture.

Till now, most research on cannabinoids has concentrated on THC and CBD, as the latest studies emerge, promising benefits are being seen from other cannabinoids such as THCV. While research on this molecule is yet comparatively new, THCV may assist people with:

THCV’s appetite subduing abilities render it useful for people who follow intermittent fasting. Intermittent fasting has been discovered to aid promote brain function, lower inflammation, stop heart disease, and many other benefits. A few of its other advantages include aiding people to quit smoking, greater focus, and skin health.

The application of THC is quite old for humans. Lately, scientists have been able to uphold many of the assertions people have made surrounding the benefits of THC. THC may benefit people by:

What Is THCV Good For

THCV comprises a THC cannabinoid with specific properties helping people who suffer from diabetes, obesity, epilepsy, and anxiety. THCV has been shown to have a strong impact on anxiety and stress levels.

THCV can suppress appetite and decrease cases of obesity by aiding with weight loss due to lowered appetite. THCV also acts as a neuroprotective, antioxidant, and anti-inflammatory agent. THCV is also employed clinically to heal convulsions. THCV is efficient without causing general THC side effects like anxiety, sleepiness, or lethargy. THCV also displays potential in other areas like:

Also Read: CBD Oil & Its Use For The Treatment Of Lyme Disease

Where To Purchase Your THCV Products

All products of Hemp Depot are derived from its Colorado farms, withdrawn in-house, and manufactured in its cGMP-endorsed production resource. Vertical integration enables it to offer the most vying prices for its wholesale CBD products.

Final Thoughts On THCV vs THC

Research on entire cannabinoids is still progressing, as healthcare providers and scientists are just beginning to explore their numerous benefits. THC is more extensively understood due to a push for product development and research, however, less recognized molecules such as THCV are just getting to be known.

THC has assisted innumerable people having symptoms of anxiety, chronic pain, reduced appetite, besides more, however, it’s frequently abhorred due to its psychoactive effects. This makes THCV so encouraging for researchers. It provides many similar benefits as THC, though without the intoxicating effects or high.

Apart from the psychoactive effects, many people wish to avert consuming the cannabis plant on account of stigma, probable testing, or due to other individual reasons.THCV can be prepared from the extracts of different plants, which implies people can enjoy its advantages, without ever coming into contact with cannabis.

Can CBD Products Be Transported Across State Lines?

What Is THCO? Is It Secure? Familiarity With Other Alternatives

How Does CBD Help With Menstrual Cramps 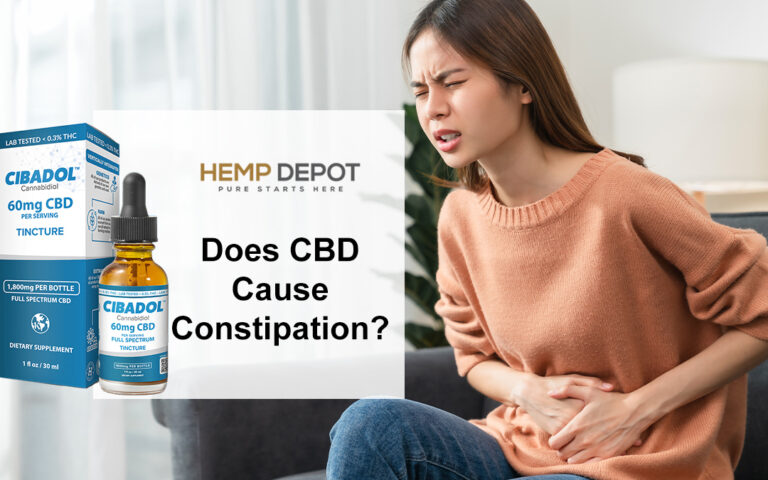 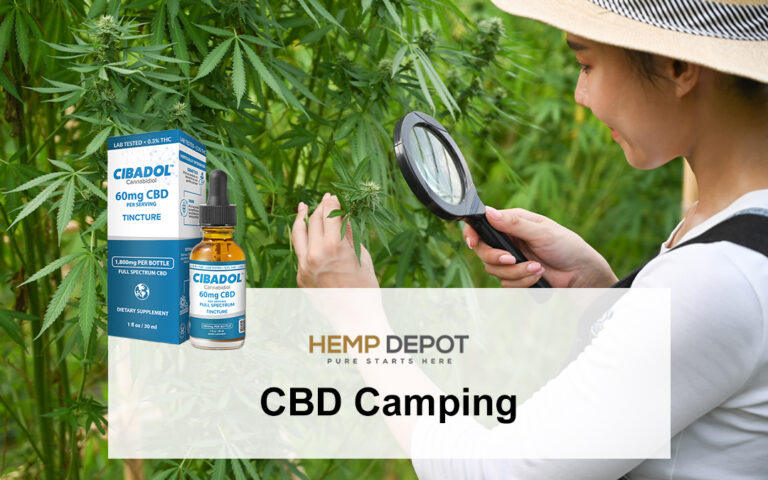