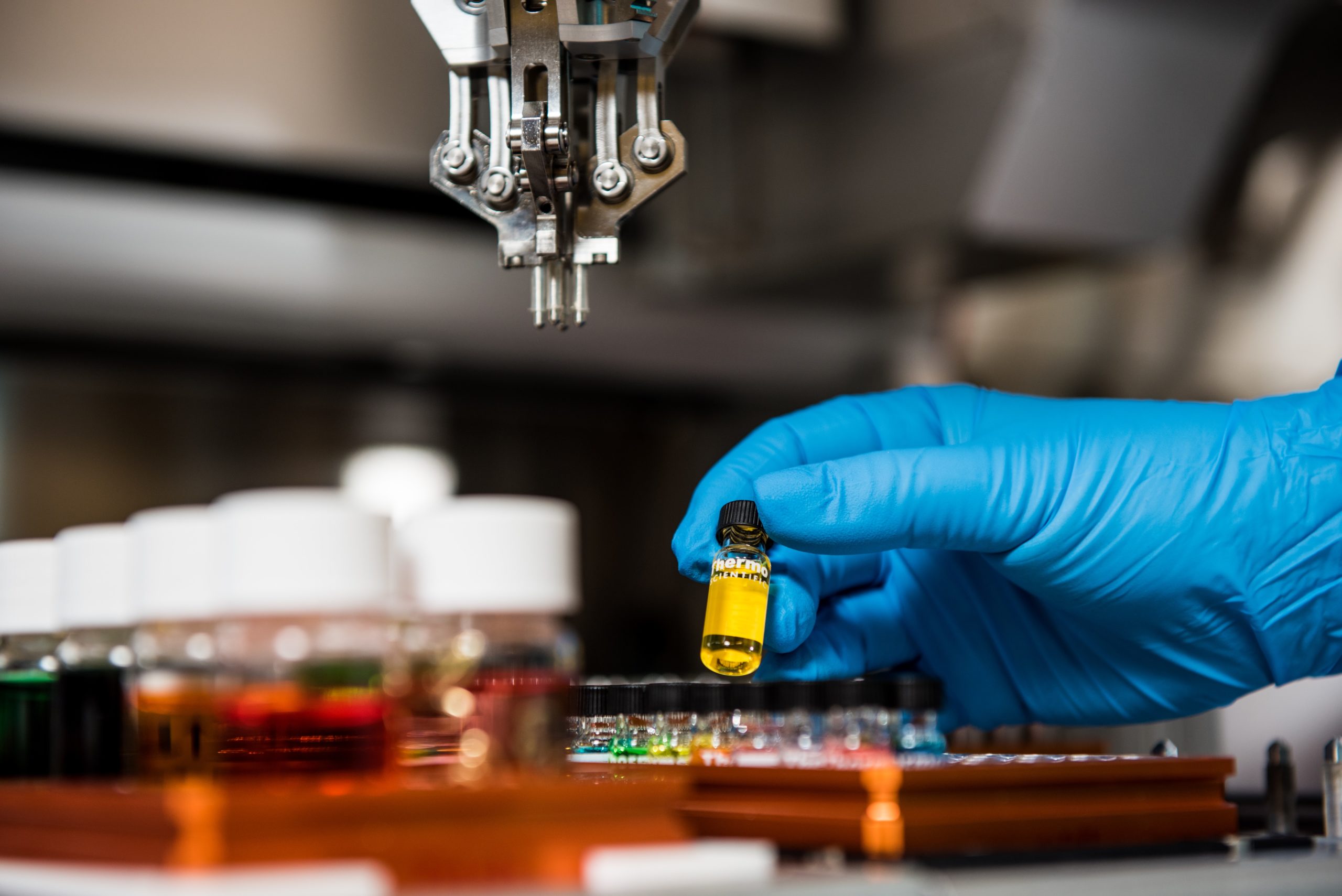 Last November, Hemp Benchmarks published the results of our survey regarding the 2020 hemp harvest. The survey received several hundred responses from across the United States. Over 90% of producers who responded to the survey said their hemp crops came in under the maximum 0.3% THC threshold allowed by law.

That statistic was largely in line with reports from state agriculture officials. Although, as we have documented in our monthly Hemp Spot Price Index Reports in the wake of last year’s harvest, the percentage of crops testing above the legal THC limit ranged higher in some states, including in Indiana where 20% of the state’s crop reportedly tested “hot.” Many hemp cultivators, as well as those working at laboratories that test hemp for THC, say efforts to keep hemp crops from going hot – that is, exceeding the 0.3% THC limit – is a constant struggle.
Veteran farmers in America’s agricultural belt who have tried their hands at growing hemp for the first time in recent years have discovered that the plant can quickly increase both its THC and cannabidiol (CBD) levels as it matures ahead of harvest. In Nebraska, Rory Cruise, owner and CEO of the Sweetwater Hemp Company, comes from a multi-generational farming family. He was shocked in 2020 when all 900 of the hybrid hemp plants grown in his family’s greenhouse tested hot at harvest time. Cruise told the Kearney Hub this past March: “The experience of having a crop go hot and how fast it changed, that was an eye-opener for me. And discovering how each (hybrid’s) genetics are different.”

Labs Still Trying to Figure out Standards
Laboratories that test THC levels in hemp are the lynchpin when it comes to ensuring that crops remain compliant. The cannabis industry’s recent boom and a lack of uniform regulations, however, have created discrepancies in the test results produced by labs; results that cannabis companies increasingly depend on when it comes to determining a product’s cleanliness, potency, and legality.

“It’s not really at all like any other industry I’ve worked in, in that they’re still trying to work out proficiency and certification standards,” Frank Conrad, an analytical chemist who now runs Colorado Green Lab, a consultancy for the cannabis industry, told The Scientist in March 2020. The website also noted that there have been “many accounts of labs producing starkly different potency measurements for the same products.” Experts blame the discrepancies on a lack of standardized methods for determining cannabis potency.

“Lab protocols can differ in the specific solvents or reagents used during extraction and analysis,” the article cited above notes. “Then there are the instruments themselves, which may come from different manufacturers and have different calibration standards, potentially contributing additional variation.”

The Complexities of Testing Hemp
Rachel Merritt, Chromatography Manager at Columbia Labs in Oregon, advises hemp growers to use laboratories certified by reputable accreditation bodies. “Whether a client is in the hemp or marijuana industry, it is important that laboratories provide accurate THC levels to their clients,” she told Hemp Benchmarks. “Without a reliable, accredited lab, a client could be getting a result higher or lower than the actual THC value.” Merritt said her company has had clients who have shared test results from other companies that show a wide variety of THC levels for the same product.

Merritt also suggests that cultivators partner with a lab that has experience with hemp, and that is ready and able to answer their questions. “Depending on the stage of a client’s hemp product,” she said, “we will suggest some or all of the following tests: potency, pesticides, microbiology, heavy metals, terpenes, mycotoxins, and/or residual solvents”

She also has a request for the hemp industry: that they are patient with the laboratories. “Remember hemp and marijuana testing is a new field of interest,” she added. “We are learning through experience just like the clients.” Hemp, she noted, is a “complex material to test for,” with unique qualities. “It takes laboratory years to fine-tune their methods and ensure what they are reporting is accurate,” she continued. “We see challenges on the extraction site and instrumentation side, we need to make the material as clean as possible but keep the compound of interest still in the sample…. It’s a difficult task.”

Consistent, High-Quality Genetics Are Key to a Successful Season
For Andy Rodosevich, selecting hemp cultivars with high-quality genetics is “first and foremost” when it comes to ensuring a THC-compliant crop and a successful growing season. Rodosevich is CEO of Colorado-based Hemp Depot, which began operations in 2015. The vertically-integrated company is growing 1,300 acres of cannabinoid hemp this season. It also has an extraction facility that processes over one million pounds of biomass annually, creating crude oil, distillates, isolates, and specialty products.

“Some genetics out there are advertised to have really high levels of CBD,” he told Hemp Benchmarks, “but unfortunately they are really easy to go hot at the same time.” Another big issue for hemp farmers, Rodosevich noted, is that some hemp cultivars do not have consistent phenotypic expression in regard to cannabinoid levels. Without that uniformity, he said, a grower can have a situation where, out of 1,000 plants, one third might have almost no THC, another third are THC-compliant, and the rest might end up hot.

Finding the Right Seeds
“Buying from a reputable seed provider is step one,” Rodosevich said, “not just [from] any guy that’s selling hemp seed. The next thing is doing research on the strain. There are some very popular strains out there that, at this point, have a lot of information on the web as far as what to expect out of that seed.”

Rodosevich suggests farmers new to hemp start out with test plots, using a variety of hemp cultivars, rather than putting “a thousand acres in the ground” on year one. He also advised new hemp farmers to learn how to properly grow hemp, while taking into account the realities of where they are growing their crop.
“Make sure that you understand how the seeds are going to perform,” he said, “how the seeds are going to perform in your climate and your geographical location as well. There are certain strains that will finish sooner than other strains. If you’re way up north where you have an early winter, picking a strain that’s going to finish a little bit earlier is going to be a lot better for you, so you can go and hit those higher CBD concentrations before your first snowstorm.”

Constant Testing Leading Up to Harvest
Rodosevich emphasized the need to constantly test hemp crops in the weeks leading up to harvest. “Starting September 15 we will take a sample every five days,” he said. “At this point, we know that we’re pretty much going to start harvesting on October 1 and will finish harvesting on October 10. After five years of doing this, we know our genetics and we know that’s pretty much what’s going to happen. But that does not change our testing protocols. Because if we have a hot or dry summer … we still have all of those data points that we’re going to track and watch internally. It’s still really important that we track all that.”

He pointed out that in the days leading up to harvest, the hemp plant’s total cannabinoid concentration is constantly increasing. “The THC is going up, and the CBD is going up,” he said.
“For us, we have ten days to harvest our crop, which is something else that we have to take into account. We can’t wait until the plants are 0.29% and then start harvesting, because, with a field the size of ours, it’s going to take us 10 days to cut all of that down.”

Because of the time, it takes to harvest the amount of acreage grown by Hemp Depot, “In our fields, once we see THC levels hitting about 0.2%, we will begin harvesting,” Rodosevich noted. “And typically, by the time the ten days has passed and we’re harvesting the ends of our fields, our fields are [at] about 0.26% [THC].”

“It’s a little bit of a game,” he explained, “because we want to get the absolute maximum amount of CBD content out of these plants that we can, which means we want to push these plants as close to 0.3% [THC] without going over. There’s never a point that the CBD increases without the THC. It’s kind of a fixed ratio between those two cannabinoids. Each little tenth of a percent is a very real increase in the concentration of our CBD content. And that’s part of the test plots too, to kind of figure out how that works.”

New Testing Requirements
Colorado has been a pioneer when it comes to how states regulate their cannabis industries. Starting on July 1, 2021, Colorado implemented new testing requirements for hemp, which require that hemp crops not only conform to THC levels specified in state and federal law, but also that they be tested for the presence of dozens of different pesticides. There are also signs that other, major hemp-producing states are preparing to impose similar testing regulations on hemp.

For his part, Rodosevich considers the new emphasis on testing an encouraging sign that the hemp sector is maturing into a mainstream agricultural commodity. In Colorado, he said, “the state is great at working with farmers; they understand. They just want everyone to be honest about what’s going on. And so if you have a crop that goes slightly hot, for example, and if your intent was to grow hemp, you can let the state know exactly what happened, how you plan to destroy the crop and they’ll work with you.”

Is There a Resource for Finding CBD Studies?

What Is the Difference Between Water-Soluble CBD and CBD Oil?

Is There an Age Minimum for Purchasing CBD in My Store?

← PREVIOUS: What is vertical integration, and why is it important? NEXT: Can the Police Confiscate My CBD Shipment? → 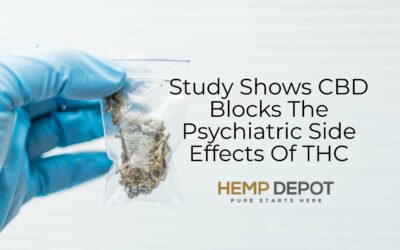 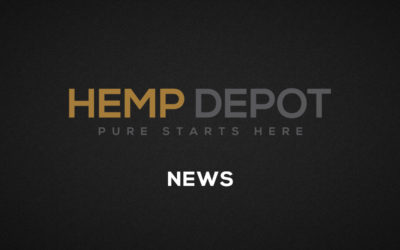