Preparing for the 2022 Hemp Season: Lessons Learned by Veteran Cultivators 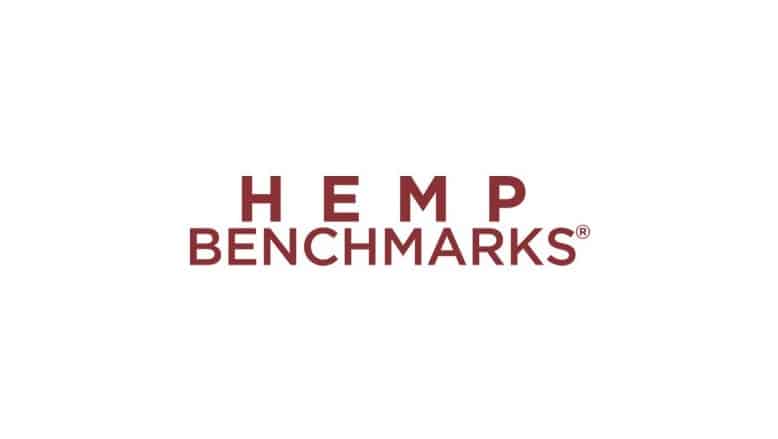 American farmers are currently laying the groundwork for their third season of federally-legal commercial hemp cultivation. Unsurprisingly, prior years have seen some missteps by new hemp season growers as they familiarize themselves with the crop, while also working to build markets for hemp and hemp products from scratch.

In what follows, we share perspectives from hemp farmers on how they are adjusting their operations for 2022 based on lessons learned in previous growing hemp season, as well as in response to the continually-evolving hemp market. While cultivation approaches and strategies can still vary widely based on an operation’s scale and business model, as well as the background of individual farmers, a common theme in the proceeding accounts is that growers are taking approaches from traditional agriculture and customizing them to fit hemp’s unique needs.

Adapting Practices from Other Crops

In North Carolina, Ryan Patterson, owner and operator of Ryes Greenhouses, is scaling back production and relying on traditional agricultural techniques as he prepares for 2021. A fourth-generation farmer with several decades of experience growing greenhouse tomatoes, cucumbers, tobacco, and other crops, Patterson began growing hemp several years ago to help with his father’s Parkinson’s disease. He also secured one of the first CBD licensees in his state.

Patterson plants and cultivates hemp much as he does his tobacco crop, using the same equipment and barns. “Cultivation-wise, we can utilize a lot of the equipment that we already have in place, like the [tobacco] drying barn we have, for drying the CBD flowers,” he said.

There is a difference, however, when it comes to the spacing between plants. “The row spacing is 48 inches on tobacco,” Patterson pointed out, “and that’s the same as what we do on hemp, but you don’t put in as many hemp plants.” While he can put in 6,000 tobacco plants an acre, Patterson will plant only around 2,700 hemp plants in the same space. “The hemp just needs more room, more airspace, more airflow,” he said. “It allows each plant to reach its full potential.”

Market participants have also reported that hemp growers are paying more attention to best practices in field preparation applicable to growing any crop. Brandon Dessart – owner and operator of Tip of the Triangle Farm in Talent, Oregon – told Hemp Benchmarks, “It’s our third year so we’ve got to do all of our basic soil amendments and new soil tests to make sure we’re not depleting our soil.” He added, “If you don’t end up tilling your dead plants back into the field at the end of the year it will deplete your soil. It’s kind of dependent on your strain as to what nutrients you’ll deplete.”

Changing Market Landscape, COVID Pandemic Cause Growers to Scale Down

Patterson in North Carolina told Hemp Benchmarks that he grew over 100 acres of hemp in 2019. However, he expects to grow 10 acres or fewer this season. The issues prompting the contraction, he said, are declining prices and a lack of reliable contracts.

Dessart’s Oregon operation grew about 10 acres of CBD and CBG hemp in 2020. It also survived the wildfires that affected large parts of Oregon’s hemp sector last autumn. For the 2021 season, Dessart told Hemp Benchmarks he has several goals in place for his smaller, 5.5 acre hemp plot, including reducing labor requirements. “Our first year we [had] 22 people, our second year we had nine, and we’re going to shoot for four for this entire year,” he said.

Part of Dessart’s reasoning for reducing staff is the ongoing impact of the COVID-19 pandemic, both in lowering demand for his products and causing operational disruptions. “I’ve lost out on a good number of sales due to COVID,” he noted. Dessert also relayed the following account: “Five months or so ago we had a scare. We leased our drying space out to another farmer. Soon after their crew of six or seven arrived, they were all diagnosed with COVID. Our entire operation shut down for like three weeks, and everyone here had to get a COVID test. It’s affected us dramatically.”

Running leaner in terms of manpower and scaling down production capacity is having other downstream effects on Dessart’s operation. For example, he is widening his row planting format. Instead of planting his rows with the standard three-by-six foot ratio, he is preparing to plant at five-by-10 feet. That way, he said, “we can drive our tractors down our walkways, and don’t have to have people going through weeding or hoeing.”

While many hemp growers have scaled-down after 2019’s production boom, some are still cultivating large plots and honing approaches to do so effectively. In Colorado, Andy Rodosevich is CEO of Hemp Depot, which began operations in 2015. The vertically-integrated company is growing 1,300 acres of cannabinoid hemp this season. It also has an extraction facility that processes over 1 million pounds of biomass annually, creating crude oil, distillates, isolates, and specialty products like delta-8 THC. Hemp Depot also runs a large-scale manufacturing facility for the production of edibles, pills, and other consumables, along with topical products.

In the same vein as Ryan Patterson cribbing equipment and approaches from his experience farming tobacco, Rodosevich considers hemp production to be very similar to other row crops, especially corn. He described his approach as, “putting a strong emphasis on traditional, commercial farming and trying to bring the same technology and mindset of growing corn to growing hemp.”

To operate at a relatively large scale, Rodosevich told Hemp Benchmarks that Hemp Depot has invested heavily in automation and technology. The company disc harrows its soil to mitigate any compaction issues. Hemp Depot also uses high-speed seed planters that can get all 1,300 acres planted within three weeks. Additionally, Rodosevich works with a nutrient company that takes soil samples and formulates a customized fertilization strategy, which is injected directly into the farm’s watering system.

Rodosevich noted that even standard overhead pivots have been updated to deliver just the right amount of water needed. “We have some very high-tech computers that operate those pivots,” he said, “and although they look like a very low-tech piece of equipment they’re able to set parameters where you can actually do all these soil samples, and the pivot will slow down and water more in sandy areas and speed up and then water less in loamy areas.”

One major difference between hemp and corn farming, Rodosevich noted, is the lack of herbicides approved for hemp. “So you have to have a little bit more of a strategy on weed control,” he said. “We plant traditional, straight 30-inch rows, which is basically the same row spacing as any commercial row crop. That allows us to come back in with the row cultivator and run that through the fields, to clear out any weeds in between those rows.”

As for pest control in the absence of insecticides, Hemp Depot relies on predatory insects. “We release ladybugs and mantises by the millions into the field; they do a phenomenal job,” Rodosevich said.

Rodosevich is also committed to growing hemp from seed, which he said creates a much more sturdy and resilient plant. “You also have a plant that doesn’t have any potential systemic illness,” he pointed out. “When you plant clones, for example, you have systemic illnesses in the plants that make them susceptible to pests. If you just plant seeds in the ground you start out with a very strong plant; you’re starting out on the right foot.”

In terms of general advice for hemp farmers, Brandon Dessart in Oregon said cultivators need to network openly while leaving aside the suspicious mindset that some growers still have, especially those that come from backgrounds growing high-THC cannabis, which remains federally illegal. “The majority of people who’ve had issues [with illegal cannabis] are afraid to talk with other people,” Dessart said. With hemp, however, “We all have licenses and what we’re doing is legal.” He added that farmers “stuck in the old black market mentality” can end up “ignorant by fear.”

On a similar note, the federal legalization of hemp has opened up resources not available to farmers previously. In addition to networking amongst themselves, hemp growers are consulting with university extension programs on agronomic issues. For example, Ryan Patterson in North Carolina is collaborating with a local university to find out what hemp varieties work best in his region.

“So many things have changed; entire tactics have changed,” Dessart noted in characterizing the hemp industry in recent years. Meanwhile, understanding of the plant and best practices for its cultivation continue to evolve in tandem, indicating that change will likely be a constant for hemp farmers for some years to come.

For continued reporting on the 2021 hemp season, subscribe to our Hemp Spot Price Index Report where we report monthly pricing on 21 individual categories and analyze the latest industry developments.

Is it Legal for CBD Companies to Sponsor Sports Teams?

If someone wants to buy office supplies, there's a mega-outlet with "Depot" in its name that suits the task. And then, of course, there's another...